One of the niftier features of the designer's edition of Steve Jackson's classic wargame Ogre is the 3d Ogre designs, constructed from punch-out chipboard shapes. 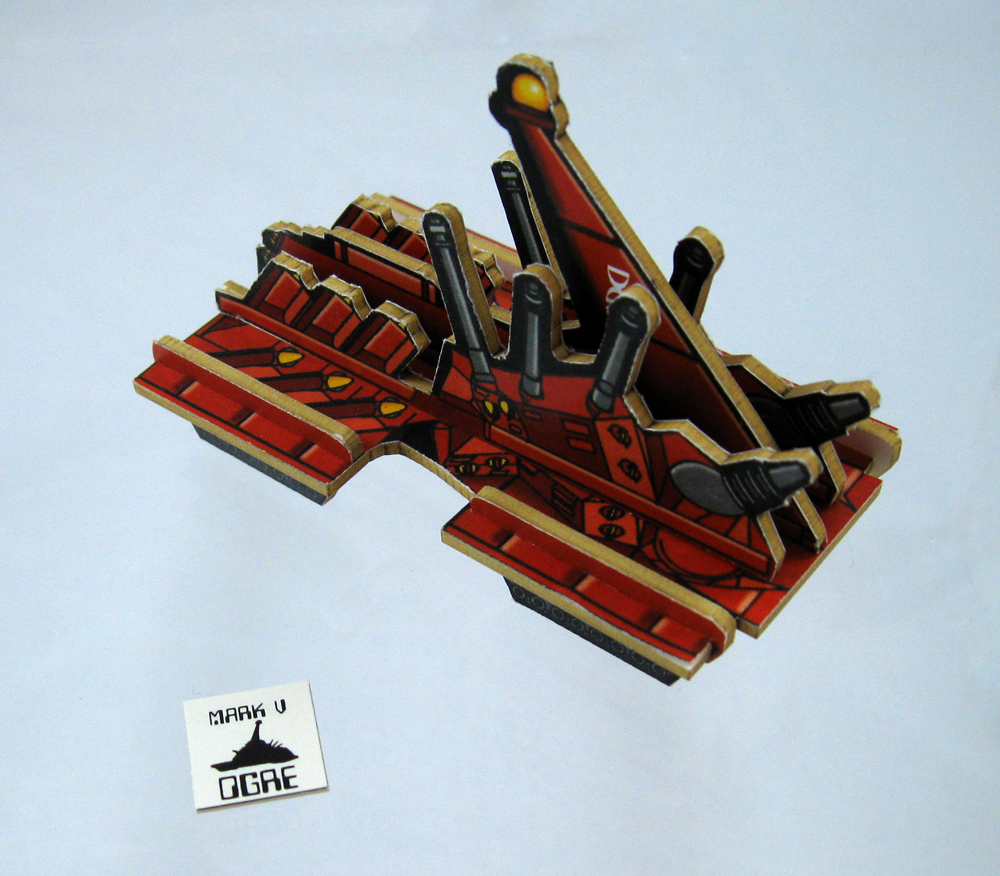 As one of the stretch goals of the Ogre Kickstarter, reached absurdly quickly, they provided blank Ogre templates you can print out, decorate, and build yourself. But I thought "If I want a really big Ogre, I can do better than that..."

I started out with more 2' x 2' sheets of the quarter-inch birch plywood I used for the Batcave fan, a pencil, and a small art projector. Not cheap, but vital for this sort of thing. From a distance of about five feet, it magnified the largest piece of the Ogre to about two feet wide. Tracing the lines wasn't easy, given the slightly wobbly board I was working on and my utter lack of ability to draw a straight line. 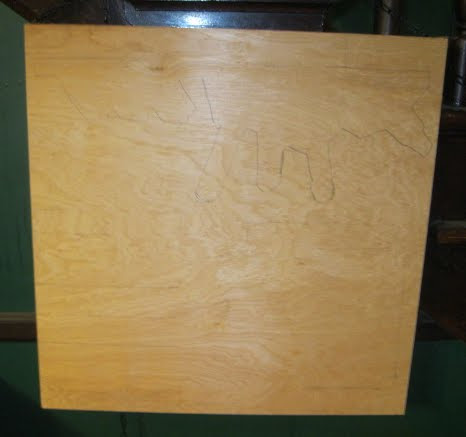 Indeed, I went back over the forms with a straight edge and a red pencil. 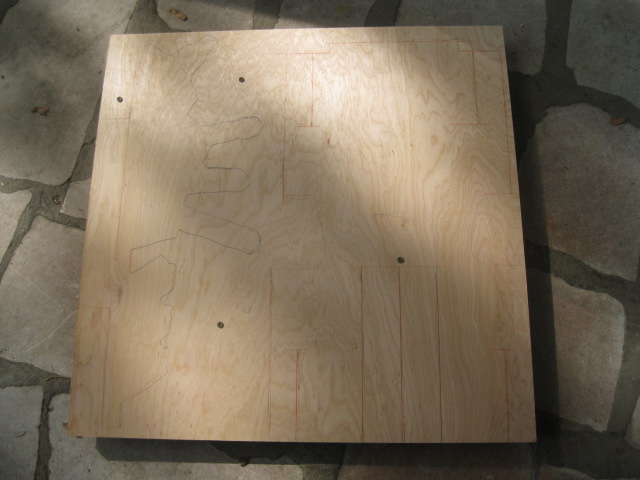 After clamping and screwing a few sheets of plywood together (so I'd have multiple sets of Ogre parts to experiment with), it became a simple matter of sawing things out. The only tricky bit was chopping out quarter-inch channels to fit the pieces together, which would be a lot easier if I had a router table. 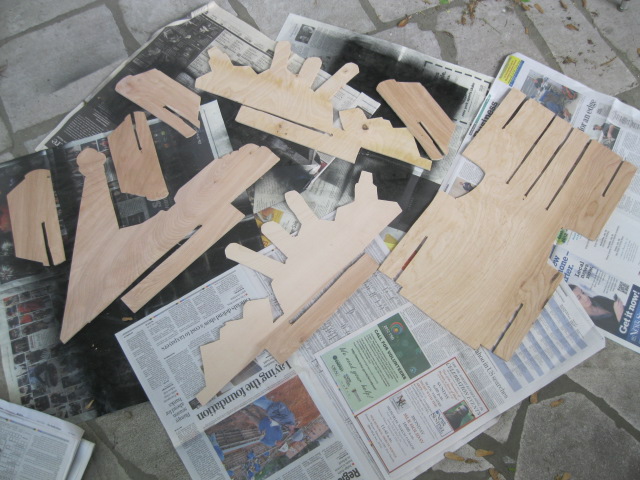 And after that, it was an even simpler matter of painting (light green base, spritzes of other colors to give the impression of camouflage) and then assembly. The finished Ogre is about two feet long and...well I haven't measured it, actually, but probably something over a foot from treads to the top of the conning tower. That's a Lego stormtrooper for scale. 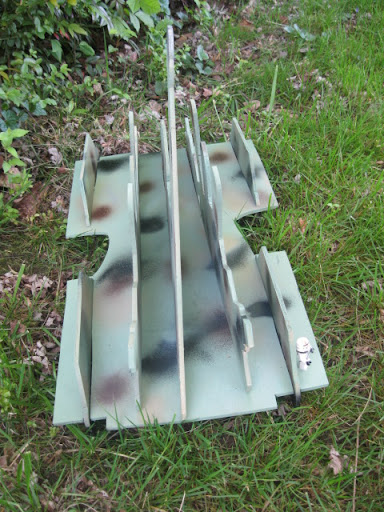 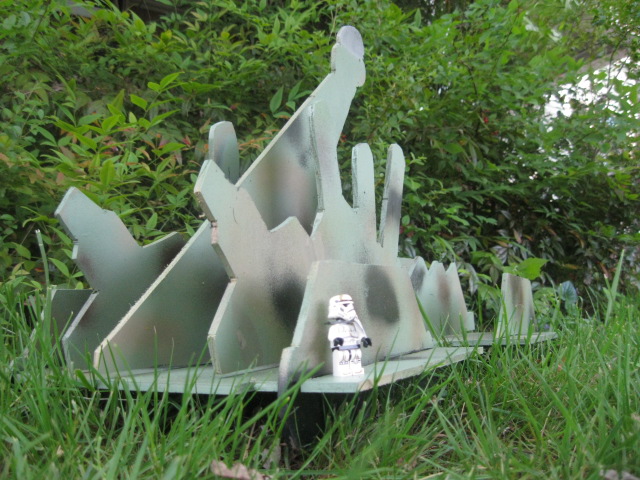 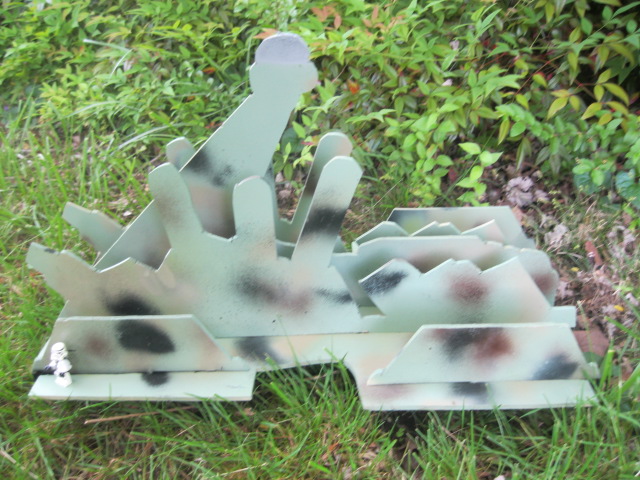 Email ThisBlogThis!Share to TwitterShare to FacebookShare to Pinterest
Labels: ogre